Merry Christmas from the Hotel Cavell! 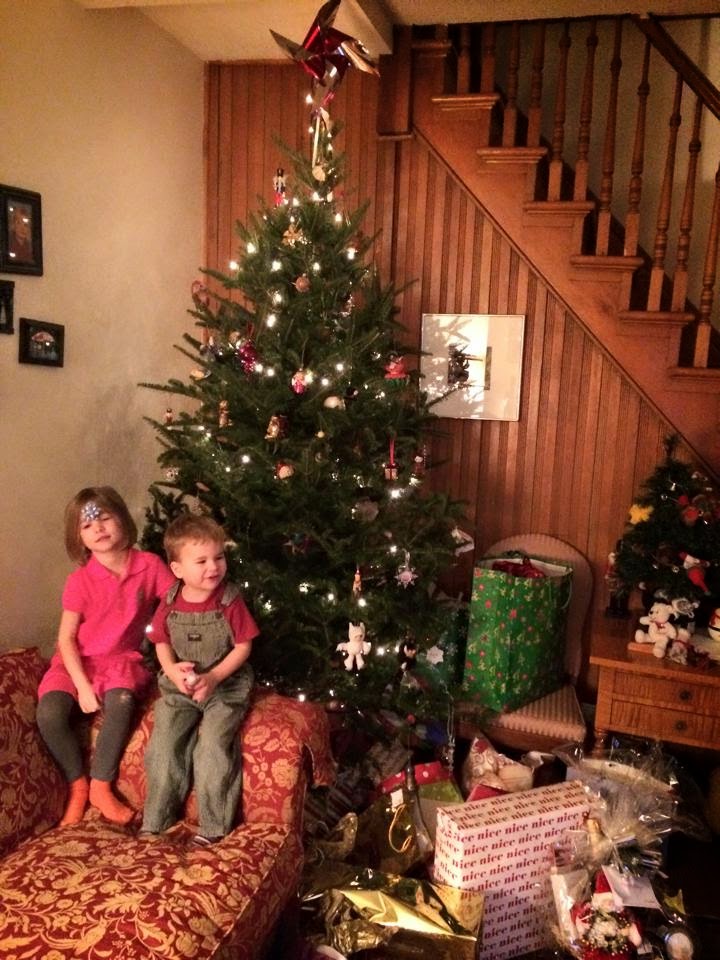 It's been a busy year that hasn't afforded a great deal of time for posting here.  I have regretted that for a while now, and made a promise to myself to post something before the new year. Christmas morning madness is done, the mess cleaned up, and brunch is behind us.  The kitchen is clean, there is a pot of stock simmering on the stove.  Soon the whole family will take a nap before Christmas dinner at my sister-in-laws this afternoon.  This will be followed by me returning to writing for my masters while Suzy works nights tonight.  Until then, here is a quick update on what's been going on in the kitchen at the Hotel Cavell.

Beyond the usual canning, cooking this year has been particularly challenging.  Working on mymasters, looking for a new job, then a different schedule that came with the new job, and Jane taking six weeks vacation made everything harder.  At the beginning of December Suzy and I took a page from the old ways, and put together a meal plan.  It's not prescriptive so much as a pattern, and it goes like this: 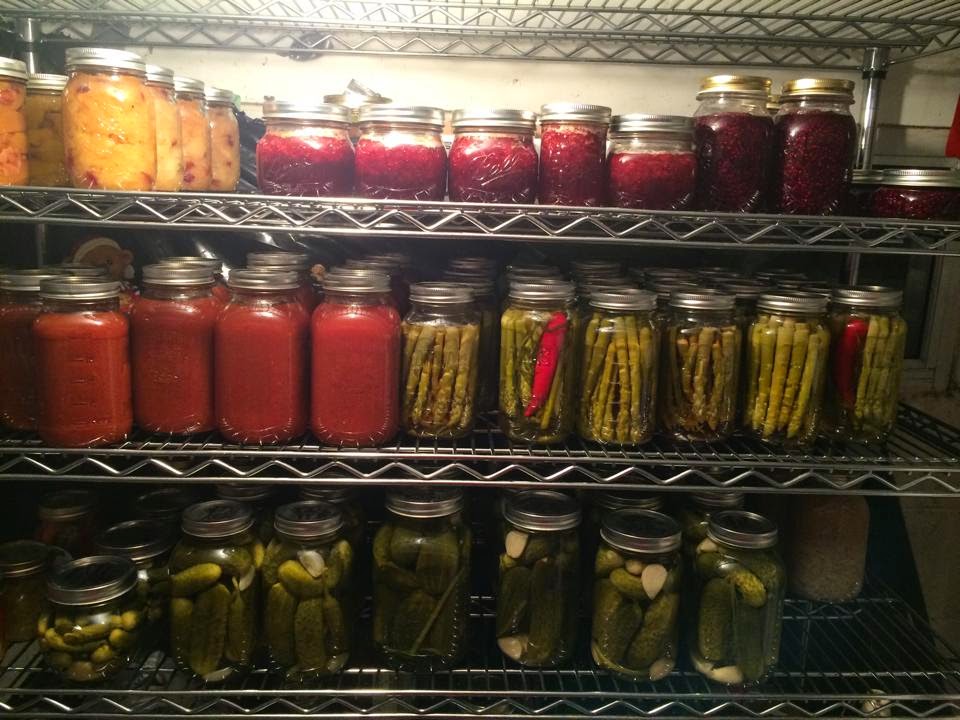 Leftovers from the day before become lunch the next day.  Grocery lists are prepared in advance and scheduled. 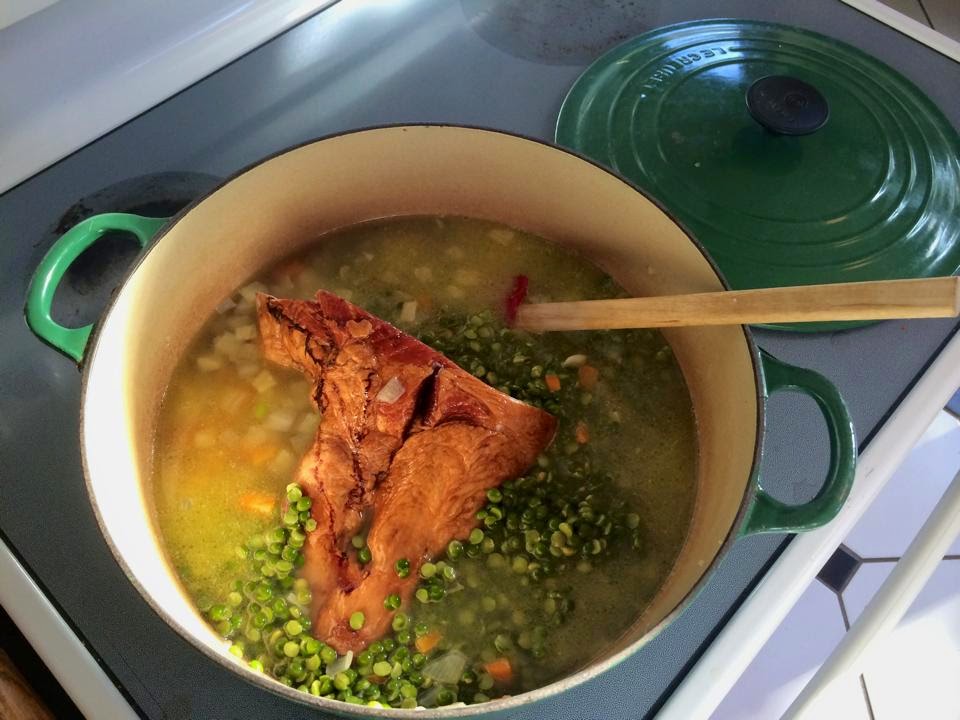 Over the past month eating out and general waste of food has gone way down. The stress that used to come from having to answer the question of, "what are we having for dinner," has vanished in the face of certainty.  It's also one less decision to make in what has been a hectic time.  For the first time in living memory the Christmas presents were bought and wrapped before Christmas Eve.  Only Christmas cards were a bridge too far this year, as we lost all of our addresses to a nasty bit of malware several weeks back. 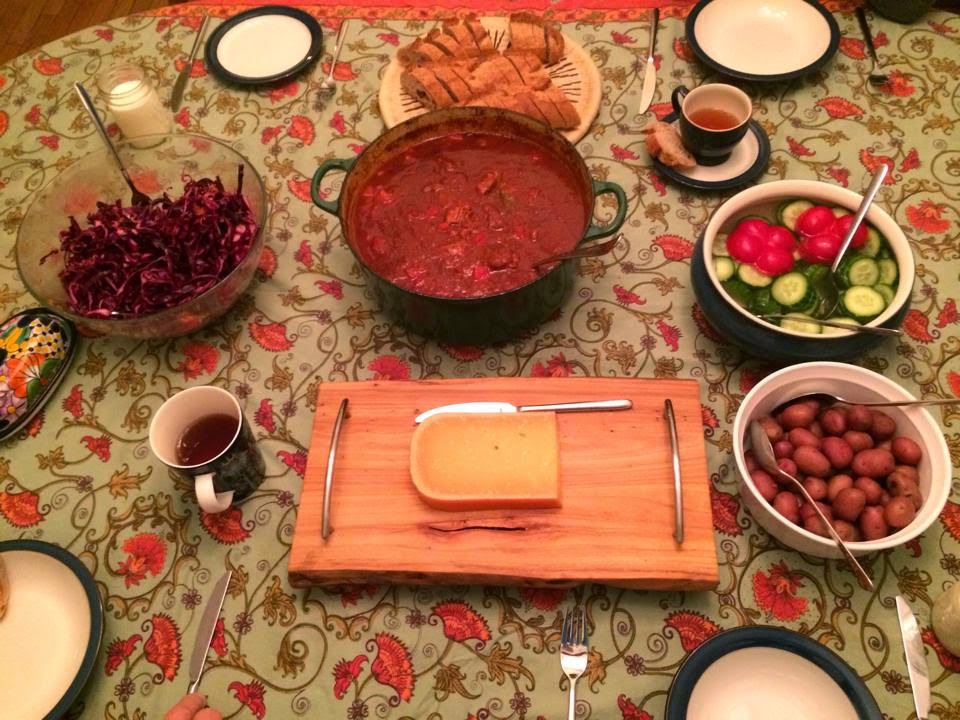 The other side effect has been that we've been trying out new recipes for the first time in a while.  Jambalaya, Goulash, Almedras Saldanas, and an update on our classic pea soup recipe are just a few examples.  I will be putting up the recipes again as well, as we seldom cook right off the page...

Until then, Merry Christmas, and Happy New Year!
Posted by Unknown at 9:21 AM

Email ThisBlogThis!Share to TwitterShare to FacebookShare to Pinterest
Labels: Cioran